While I was in Germany, I had the worst toothache. I am not one with perfect teeth, but I had never had a toothache like this. My face was swollen on one side for two days. Luckily, someone who was traveling with me had some medicine that worked and I was fine until I got back. But I knew I had to go get it checked.

I detest doctors in general and dentists even more so. After spending a few days convincing myself that I really need to do this, I finally made it to the dentist. One look at my teeth, and she knew what was wrong. It was my wisdom tooth and she suggested I get it extracted as soon as possible. And then told me I’ll have to get all four removed. One of it was growing horizontally. Sighh. So an appointment was made and I headed home.

I was terrified, especially one day prior to my appointment. I woke up early that morning, had some chow-chow bath and headed to the dentist’s. I was shitting bricks by then.

The dentist was a sweet young lady. She helped me calm down considerably. Explained everything to me in detail. And we got down to business. She sprayed something in the area in my mouth that had to be worked on, to numb it, before injecting the local anaesthetic. We waited for it to work. And in the mean time I had this strong urge to swallow all the saliva that had accumulated. She said that may not be a good idea. And before she could explain why I swallowed and the next thing I knew I could feel my throat going numb. And then I panicked and started feeling like I couldn’t breathe. The dentist was amused, but calmed me down again. I was trying to take deep breaths, felt like I was almost having a panic attack but I was fine in a bit.

Once the anaesthetic was doing its job, everything was mostly a breeze. Got two wisdom teeth extracted one after the other. Got stitches in one. After giving me step by step instructions on how to care of it over the next few days, I left from there, excited about eating truck loads of ice cream  the next few days.

It was only once the anaesthetic wore off that I realised how bad it hurt. I was on very strong painkillers for the first few days. It took me more than a week to completely recuperate from this.

When I went to get the stitches removed I was asked when I would like to get the other two removed. I told them I would get back to them. Sighh. I’m dreading the prospect of having to go through this again. But I still have to.

Whenever I go to a dentist I am reminded of my school days and this particular poem by Ogden Nash. It explains the whole experience in the best possible way…

One thing I like less than most things is sitting in a dentist chair with my mouth wide open.
And that I will never have to do it again is a hope that I am against hope hopen.

Because some tortures are physical and some are mental,
But the one that is both is dental.
It is hard to be self-possessed
With your jaw digging into your chest.

So hard to retain your calm
When your fingernails are making serious alterations in your life line or love line or some other important line in your palm;

So hard to give your usual effect of cheery benignity
When you know your position is one of the two or three in life most lacking in dignity.

And your mouth is like a section of road that is being worked on.
And it is all cluttered up with stone crushers and concrete mixers and drills and steam rollers and there isn’t a nerve in your head that you aren’t being irked on.

Oh, some people are unfortunate enough to be strung up by thumbs.
And others have things done to their gums,
And your teeth are supposed to be being polished,
But you have reason to believe they are being demolished.

And the circumstance that adds most to your terror
Is that it’s all done with a mirror,
Because the dentist may be a bear, or as the Romans used to say, only they were referring to a feminine bear when they said it, an ursa,
But all the same how can you be sure when he takes his crowbar in one hand and mirror in the other he won’t get mixed up, the way you do when you try to tie a bow tie with the aid of a mirror, and forget that left is right and vice versa?

And then at last he says That will be all; but it isn’t because he then coats your mouth from cellar to roof
With something that I suspect is generally used to put a shine on a horse’s hoof.

And you totter to your feet and think. Well it’s all over now and after all it was only this once.
And he says come back in three monce. 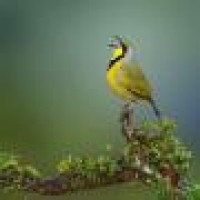 Me, My Camera, My Motorbike and this journey called Life!

May I never be perfect

Movies of the Soul: Best of Cinema

Life Through My Bioscope
The Tea Cerebrations

A Few Handpicked Things in Life

A Happy Lifeaholic
something to tell